← Return to The SIrenhead Game

The game gives an error before the menu appears

Please, please, please, fix this game!! I keep dying before Siren Head is even triggered, and there's two Siren Heads in my game!! It's broken but I want to play it sooooo bad!! v1.4.1

I think it's not broken, it's the siren head trying to reach you in real life.

l´m getting insta killed in recent version 1.4.1 every time to the point it becomes borderline unplayable ,l love the game please fix

you should add this as some ambiance or a noise that sirenhead makes!Dial up slowed 700%

I will say that I never encountered the creature in my playthrough... which maybe because I skipped a couple of objectives... my bad. As I did not experience the game to its fullest the only thing, I would think of adjusting would be locking the objectives to be reached in a certain order. Overall though this game was awesome with an atmosphere very similar to Slender. The feeling of knowing something is out there watching you ready to attack but you do not know where or when is an incredible horror experience that was done excellently here. This experience is made even greater with the classic forest at night environment where sudden noises make the heart jump just a bit. This was amazing. 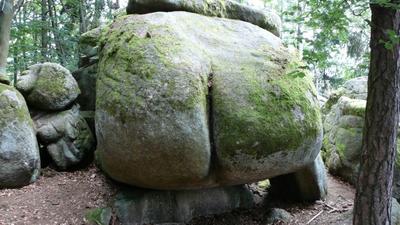 THIS GAME IS SO HARD

overall this game was actually good

The atmosphere drew me in well enough but the problem is I cant stop dying for no reason, I held the light out at the beginning near the car for like 1 second and something damages me, for 10 seconds I'm dead. My second run I used it barely for 2 seconds in the dark and made it to the 4th objective to get to the bridge and was told to lay down, no sirenheads in sight and no footsteps, made a dash to get away, damaged once, then dead. Third run I didn't use the light at all, sprinted to the tower, again I hear them out there but its clear of sirenheads to the second objective. Once I left the tower something invisible was hitting me but there was no footsteps, I knew I was going to die again, rage quited. I'll check in again when the invisible monster issue has been fixed, if there's no checkpoints please let us skip the intro.

I like whats on offer here its just the bugs are holding it back.

This game was a bit hard... I kinda raged here and there LOL but I do love a good challenging game.

This game is pretty good and scary, but I have a lot of issues here. Sometimes I died right at the beginning. Sometimes I get hurt by no reason (Maybe invisible Sirenhead did that?). I got stuck when I go back to factory. I inside the tower but it still can kill me.

So is this the end for your take on Siren Head, or are we getting that storyline update you mentioned...?

This was my go at the game and i loved it :D

hiya amigos i played your game and i had a blast playing it :D i gotta say this is one of the better siren head games ive seen. great immersive atmosphere,spooky scary sounds, cool vhs style, but i feel like a good note system to tell more of the story would help out to tell more about whats going on. nonetheless keep up the amazing work. i wish you much success and i hope this turns into a full project. hope everyone has good day :D

Hey Guys, I need some help. For some reason the game crashes before I even have the chance to get to the main menu. It says its an Unreal fatalError and "Hung" in quotes. I have a beefy system with a ryzen 7 and rx 5700xt. I say this because people say in forums that this issue means your PC is not up to specs... Obviously this is not the case. If anyone has suggestions on the installation process or trouble shooting; Please let me know. Thanks!

Hey I played this game on my channel! I screamed alot lol! Go check it out! Thank you!

Very hard because we can't save the progress, but is amazing

Save game option when?

I went ahead and played the game again. I made a lot of good progress, but the thing is, I HATE GOING ALL THE WAY BACK TO THE BEGINNING OF THE GAME EVERYTIME I DIE / QUIT THE GAME!

I ventured off to look for my friends but to no avail they vanished without a trace. You will pay for this Siren Head I will hunt you down and you will pay for your crimes. Never go camping with friends we should have stayed home playing Atari.

One of the best Siren Head game I played till date.

I think I just broke the game XD, Im at the door of the factory and can't move, or do anything, even esc button won't work. xD

It's because your suppose to go to the bridge first. It happened to me as well.

No, I also came from the bridge.

oh that's strange. Probably a bug. Or maybe your pc? I only crashed when I went to the building first by accident. Check your task manager. You can find it by right clicking the windows icon and then select task manager. This will show how much power usage each app is using only when opened. If it shows the game with a very high usage, that's not good. It means your pc is not as strong. If that's not the case, maybe check if your pc is dusty.

Im pretty sure it's just a bug and not my PC, it's a really beefy computer xDD.

Didn't knew there where more Sirenheads in the game :S Sometimes he caught me off-guard, something most games don't achieve it. Great work, can't wait for the full game.

Be warned In my playthrough Siren Head has gained superpowers...

YouTube: MrMBenting be sure to subscribe If you enjoy. I have a playlist as well just dedicated to the beast himself.

What's The Button to Shoot the Riffle?

This is the scariest Siren Head game I've played by far. The setting is too immersive with the looming threat of Si hiding near every tree. I like the shooting mechanics and everything moves functionally. Unfortunately the game glitched WAY too hard for me no matter what and it ruined the experience with invisible Siren Heads and instant death here and there.

Reply
The Bubble E170 days ago

I might have found a dead-alive glitch? Completely terrifying!