A downloadable SouthPoint for Windows

Freddy Anderson, a 17 year old student is invited to go camping with his friends out in Southpoint Meadows. But he decides to arrive a day later, a choice that was for the better. Once Freddy finally arrives, almost right away he notices things aren't normal, perhaps something is going on. 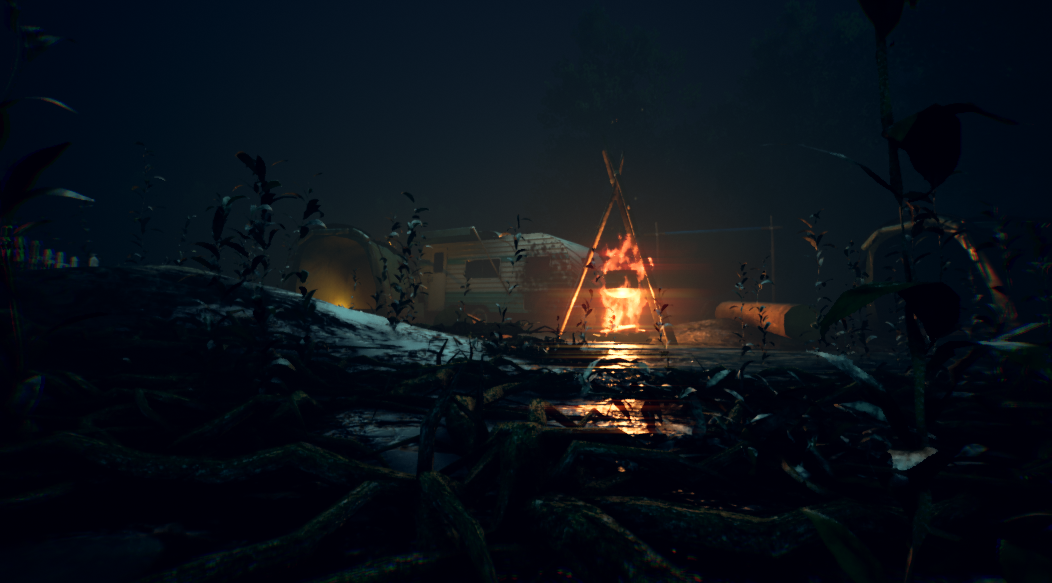 Play as Freddy Anderson and fight against or run from Sirenhead, the giant creature that will trap its prey into a pocket dimension typically disguised as a forest to confuse and scare them! Will Freddy ever find his friends, and will you be able to leave alive? 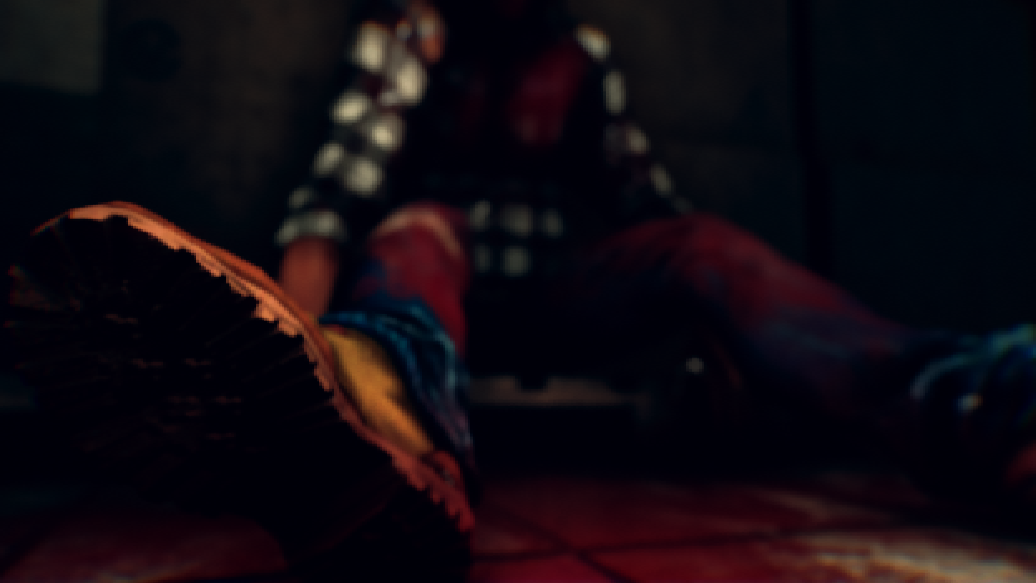 Freddy will need more than just his sanity to survive. Sirenhead will use various mechanics to trick Freddy while in turn, Freddy will have a gun at his disposal.

I ain’t falling for that ice cream music 😂. Keep up the good work 👍

Reply
MrWHiSkerS121 day ago
I really enjoyed this gameplay this guy posted on your game! Should check it out
Reply
TLR WORLD3 days ago
This Game was very Dope!!!
Reply
MrMaff4 days ago
This game is a GREAT addition to the Sirenhead collection. Got a nice visit from one of the voice actresses while streaming too!  Super cool!
Reply
epic fart 9346 days ago

https://store.steampowered.com/app/1897950/Sirenhead_Southpoint/  i think that is a copy undreamed panic

no thats mine! The publisher is just silly

I really highly enjoyed this game, actually gave me some good scares but I'm sure I've seen this before but nevertheless I played it fully and got 2 out 3 endings!! Great stuff

i can't find credits for this, like... anywhere..? which is super annoying. i just wanted to know for sure if the main character was voiced by cougar macdowall or not, since i'm a fan of him

Its in the options and yes it was!

Does this require VR? When I launch the game, I get the first couple splash screens, SteamVR launches and then the game freezes with a black screen (I don't have my VR set plugged in all the time).

EDIT: I tried it a couple of times, then finally just left the game sitting there on that black screen (with Windows Task Manager saying it was not responding) for maybe about 10 minutes and it suddenly started and showed the main menu. I then noticed that SteamVR had thrown an error popup for headset initialization (there isn't a headset connected).

I closed the game, started it again and the same thing happened.

VR not required.  But yes it does cause VR support to launch I think.

This game is also made by UndreamedPanic.

Ahhh, I guessed I could have just looked up at the name then haha. My bad :)

Reply
WoodyRun10 days ago
I am such a big fan of this game. The narrative is great, the environment, voice acting, and sounds are very immersive, and being able to actually combat sirenhead is cool and unique.

I did play the older version of this game a while back and this is definitely a big improvement. If I had any issues with the game it'd be that I had a bit of trouble running the game, even at the lowest possible setting. That really hurt the experience for me simply because it's such a big immersion breaker. Not exactly an issue with the game itself though, just wish it ran better for me :(

In my opinion, this is THE quintessential Sirenhead game.

Also, forgot to mention this during the game but whoever voiced the main character, Freddy, did an incredible job.

Reply
trailmix13 days ago
The story was so good and the game was really well made, GREAT GAME
Reply
So Playful14 days ago
It would have been better if there was a map. I have no patience so I quit before finishing the game. I love the story and the fact there are more than 1 creature. But most of the time I wa just wandering in the forest trying to find my path...
Reply
Victor Mendoza - Comedian14 days ago

I had so much fun playing this game, I even have a death montage in this video. Great lore, audio was incredible. And even replay value. Trust me I had to re record and didn't mind at all.

Reply
IGT10015 days ago
This was fantastic!  I did NOT expect such a deep and twisted story!
Reply
xlooper642315 days ago

Very cool game, I did not make it very far in but it is easy to see how much work was put into the environment and models!

Like the game so far but it's sadly buggy. It will stutter in the oddest times.  The fps will be smooth one minute then terrible the next. Hopefully this gets fixed because I want to make a series on my channel.

the AI is... questionable..

Reply
Top__Hats22 days ago
Hey, made a video about your game!
Reply
DRMIXRECORDINGS23 days ago
I PLAYED YOUR GAME HERE , IM THE DRMIX , JUST GAMEPLAY
Reply
Wackywarlock.YT26 days ago
As we somehow get lost in a forest, strange noises start happening. And before long you guessed it, its bloody SIREN HEAD and he is scarier than ever. Will I survive the horrors??? Find out in this video.

Loving the game so far, it runs so smooth and a great storyline, the chase scenes are epic. Very scarey.

The game isn't hard because of gameplay, it's hard because bugs. I kept running into game breaking bugs and i wound need to restart every time.

Same. I want to like this game and I still do, I'm still playing it, but the more I play it, the more frustrating it gets, regardless of how many times I restart or continue from my last save. It's like the game gets progressively buggier and more unfair each time I start it. First of all, there's no indication as to how Siren Head sees me, he just seems to chase me when he feels like it, which is a lot (not helping is that the game doesn't give me time to see him until it's too late). He also doesn't run away sometimes which happens more and more I play and restart. He just stands there and starts the chase sequence again and catches me because I can't outrun him, or he would get blocked by a tree and go back to chasing me again right after. Also, despite me using a rifle and not a shotgun or something, my shots don't affect him from further away, so he has to be close enough or else I would die mid-reload animation which I'm forced to sit through as well as have an extra short delay before I can shoot again. Finding extra ammo is incredibly unfair and unreasonable, I didn't even realize there was also extra ammo in that building to turn on the power until multiple playthroughs later, I was only able to get lucky with ammo preservation because I died so many times. Also for whatever reason, after I got an ending for the first time, the objective notifications have never shown up again since, even though I didn't get that ending in one go without dying. This isn't a problem for me because I know what to do and I also use the waypoint marker button, but it annoys me because I don't think this was intentional and I have no way of fixing it, there isn't even any clear indication in the local files. Also, the "quest log" button does absolutely nothing. I thought it would fix the notification problem but nope, it does nothing no matter how many times I press it. By the way, this was all on "easy" mode, I hate to imagine what the other difficulties are like without me tearing my hair out.

Reply
The Bucket28 days ago

Played your game! Liked it but a little frustrating

Hello, so... I played this game since I played the first version of this as well.

Now I will not complain for like an endless wall of text since the video should speak for itself. Still I have to ask... mainly the developer here. Is that how he reacts of did I actually break the game? If so... I would wish to know more. Since this felt more like a glitch then how it is meant to be played.

Also yes I figured out AFTER I stopped recording that in the options is a difficulty setting. Now I am not sure if it has something to do with that but his aggression was out of this world.

Amazing game! A bit frustrating at times because of inconsistencies with how Sirenhead reacts to getting shot, but still really enjoyed it. I ended up not finishing though because I got trapped in the river...

Reply
Call Me DNA30 days ago

This game is amazing! it looks nice and the characters are very unique and I love all the creepy sounds! I did run into a lot of bugs though which ended up keeping me from progressing. I was looking for a mouse sensitivity setting when I found I could change the games difficulty and so I did. By doing this I think I broke the game. Very sad. Really wanted to play to the end.

Amazing game!!! The jumpscares are freaking great too. Even the deer scared me 🤣!

Check out this awesome SIREN HEAD game with added cryptids that are ruthless!!!

Reply
Nice To Meet31 days ago

Looks amazing! I'll have to play it! Id love if you guys see my game page ❤

I am going to download your game here, and i feel like i need to tell you im sorry. I would love to give you a few dollars for this project, but unfortunatly im only 16 and i cant have a PayPal account.

Really good and fun game, like the story a lot! The only problem I had with it was siren head being really buggy, this made the first encounter with him pretty hard to do because he would never run away after you shot him. Other than that, I really enjoyed it and can't wait for more to come!

It looks SO GOOD, I am just having problems downloading it cause I keep getting download forbidden for some reason when it's finished. 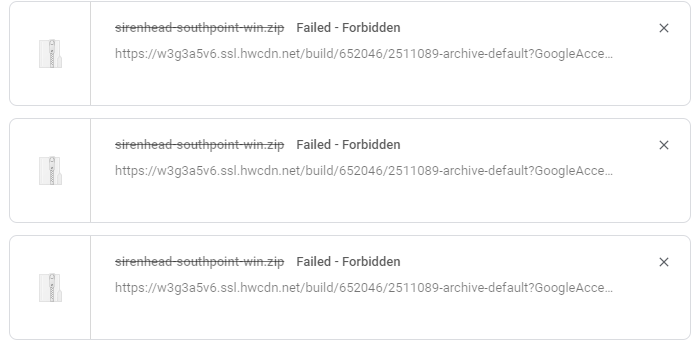 Reply
theclumsyking34 days ago
this damn game nearly stopped my poor little heart, so thank you in a masochistic kind of way. ALSO, me thinks I found a new glitch 🤗
Reply
epic fart 93434 days ago 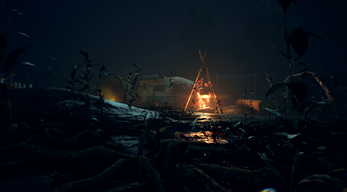 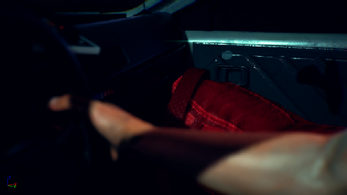 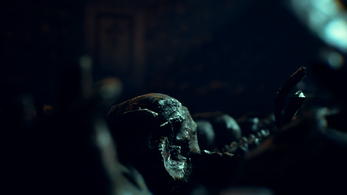 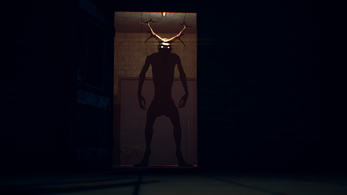 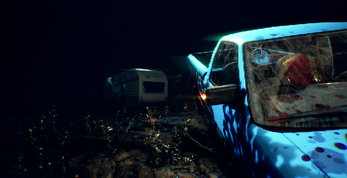 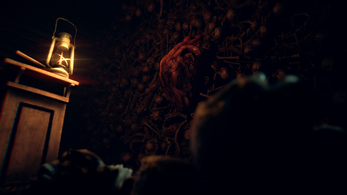 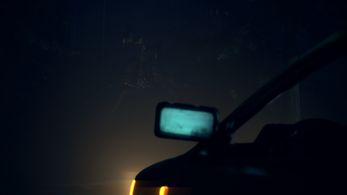 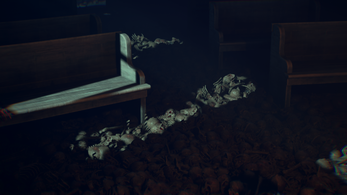 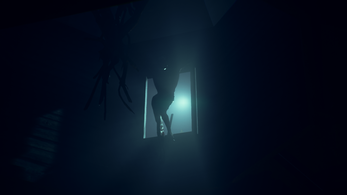